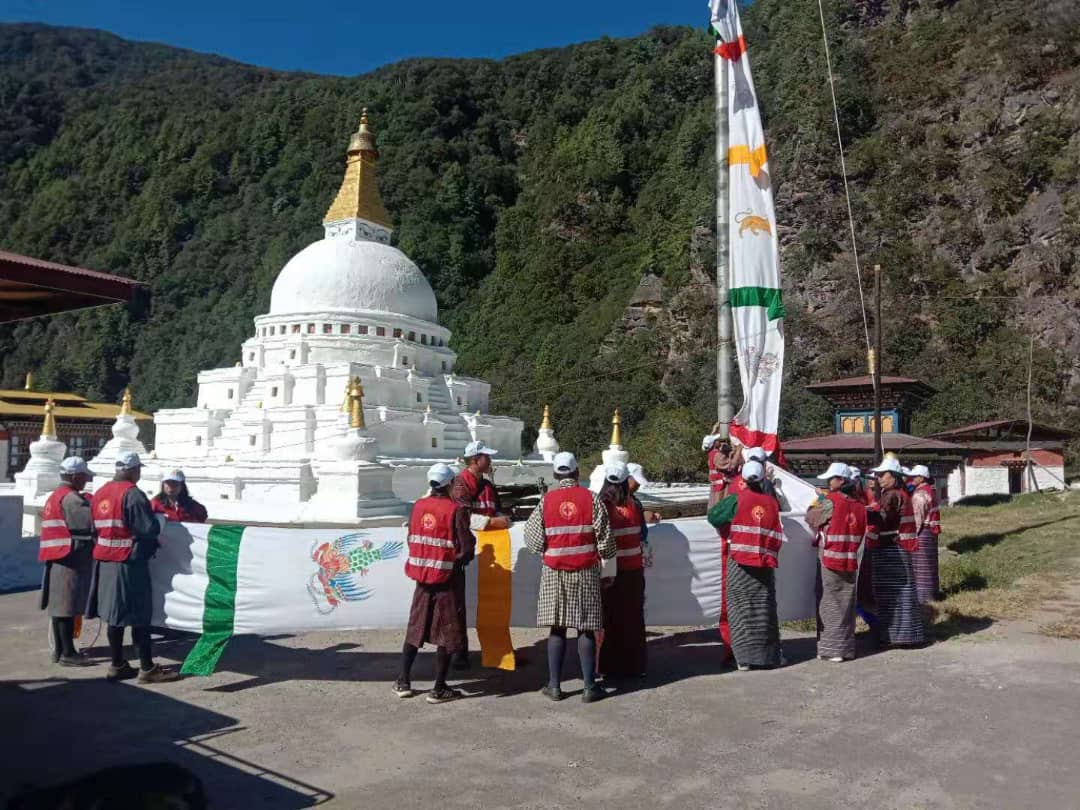 11th November, 2019The volunteers of the Bhutan Red Cross Society in all the 20 Dzongkhag Branches paid tribute to His Majesty The Fourth King on his 64th birth anniversary by adopting streams in the different branches and also conducted a nationwide Cleanup Campaign on that day. We thank Your Majesty for the eternal glory of the heavenly earth we enjoy today. We pray for His Majesty’s eternal well being and happiness.