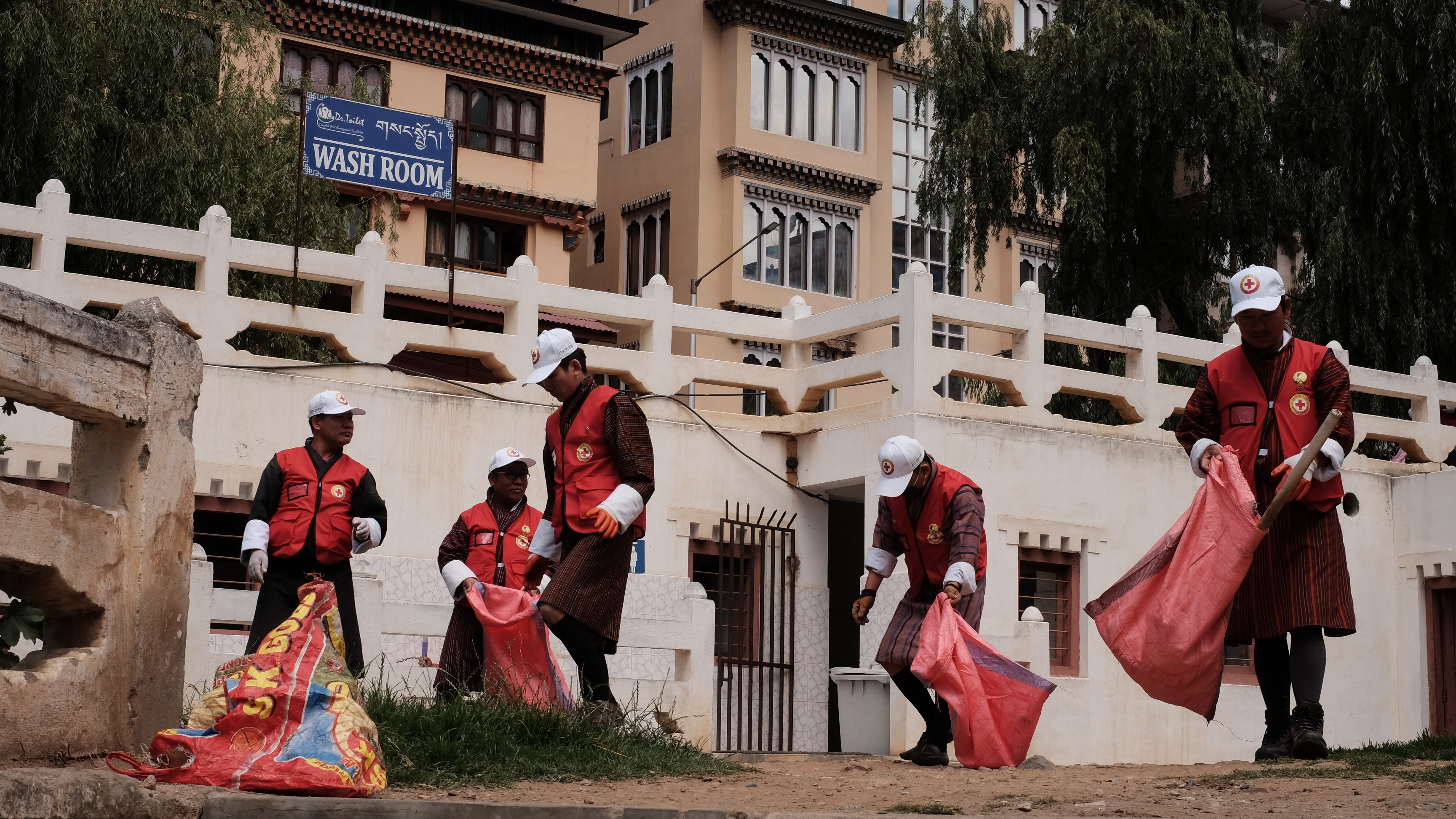 Coinciding with the 29th birth anniversary of Her Majesty The Gyaltsuen, the President of Bhutan Red Cross Society, the BRCS has organized an awareness cleaning campaign in and around clock tower, Thimphu, aimed at educating people on waste prevention and management. The Bhutan Red Cross Society under our auxiliary social mandate aspires to deeply instill the social and civic instincts within an individual and among the general public.

The campaign was organized in collaboration with the Clean Bhutan and was attended by 84 Bhutan Red Cross Society volunteers from the Red Cross Taxi volunteers, Mewang Gewog, Thimphu, and staffs from HQ. It was reported that about 650kgs of garbage being collected.
The orgainzers and the volunteers have pledged to upkeep the will to promote the individual responsibility in the communities and to work towards achieving and fulfilling the great wisdom from Her Majesty The Gyaltsuen;
For the way forward, volunteers pledged Her Majesty’s wisdom “any delay will be too late and the damage to our environment would be irreversible”